Members of Ahmedabad Custom Brokers’ Association handling Customs Clearance activities at ICD Khodiyar (the largest ICD in Gujarat) and other Customs Stations i.e. ICD Sanand, ICD Jakhwada and ICD Viramgam and Ahmedabad Air Cargo complex. Ahmedabad is strategically located on the west coast of India and it is well-connected with the major cities of India and the world by rail, road and air.

Major industries like Automobile, Pharmaceuticals, Dyes and Chemicals, Textile, Polymer, Engineering etc., are established in this region, ACBA members are serving Large as well as Micro, Small and Medium Enterprises and it is our matter of pride that our members are one of the stake holder to achieve a $5 trillion economy through enterprise, exports, ease of doing business, Make in India and Atmanirbhar Scheme. As the result, In Ahmedabad Commissionerate EXIM volume and Central Government revenue are increasing day by day.

ACBA expert Managing committee is devoted and committed under the Leadership of Mr. Samir J. Shah (Advisor of FFFAI, WCO Certificate of Merit awardee, Chairman – ACBA) not only for resolving grievances of Custom Brokers but also acting as a bridge between trade-industry and various government agencies like DGFT, Customs, GST, MSME etc.

As a result, ACBA is known as “Knowledge sharing Bank” in our Trade and industries.

This Association was founded way back in the year 1985 with the initial membership of six clearing agents to promote brotherhood and betterment of our CB Community. Late Shri Lalbhai Talajia of M/s. Lalbhai Trading Co. was unanimously selected as the founder President.

Since the Act of N.T.C. was scrapped in the year 2005 then association acted as AOA.

To facilitate changes required by the Association, since 2019 adopted a new constitution under a new name as “Ahmedabad Customs Brokers’ Association” (ACBA). 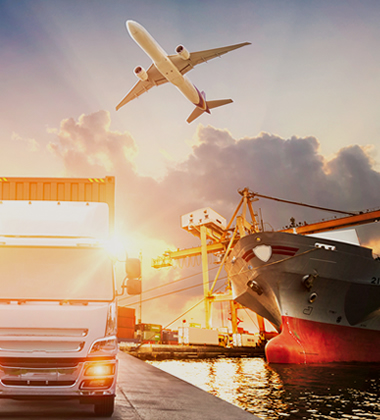 To build a common platform for ACBA members and present challenges and issues with government agencies and other trade partners related to Custom Clearance and regulatory matters.

To protect the interests and the rights of members. To hold training programmes, seminars and workshops to upgrade its members’ capabilities and skills to cater to their customers and cope with the global competition.